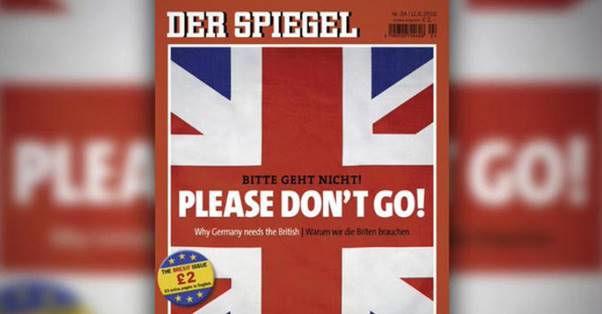 Markets have taken quite a long time to have a serious attack of nerves over Brexit,  not least because so many traders appear to support  Leave personally or at least say they do. A big swing to give Leave a 10% lead in an ORB Opinion Poll in the Independent was enough on Friday for UK equities to tumble, albeit after a fairly precarious week. The FTSE 250 fell by 1.68% on the day and the FTSE 100 by 1.86% while Sterling dropped 1.39% vs the dollar. However, these moves are not huge by historical standards  and it is was noticeable that EZ equities were hit even harder on the day while the euro also lost ground. This points to more weakness on both sides of the Channel, as evidenced by futures prices, even if other opinion polls do still show Remain in the lead.

In contrast, the gilt market continues to stay remarkably calm. This may at first have been due to the widespread view that Remain would prevail but it could well be that gilts are now more seen as a safe haven for sterling-based investors, notably pension funds.  However, price movements in other higher-rated markets, especially US Treasuries suggest that expectations amongst bond investors for global growth and inflation are softening even more. Accordingly, gilts are unlikely to face disaster if Leave does end up winning the referendum.

Chart 2: yields plunge as bond investors sink ever deeper in the slough of despond 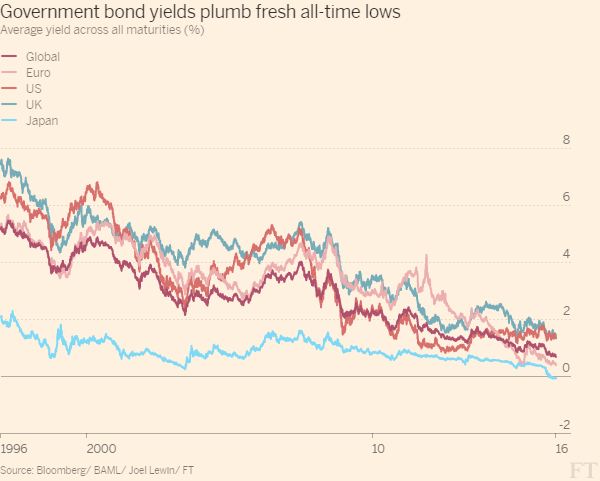 In fact, last Friday was probably as good an indicator as any as to what might happen if Leave prevails in the end. The pound would be the most immediate casualty and could sink rapidly towards $1.30 and €1.20 but the euro will be hit too. Equities in most major markets will be affected, less so in the US and perhaps not all in the casino that is Shanghai. The dollar would be the main beneficiary  but most sovereign and other high quality bonds should also gain, led by US Treasuries.

Although they would protest otherwise, I suspect that even the most sincere Brexiteers never expected to come close to winning and that investors are increasingly aware of the looming policy void. We must just hope the Treasury and Bank of England have got plans to help them out as they would surely need it.

Chart 3: Brexit, Even the punters are wobbling a bit